There are so many ways to help your viewer understand why you snapped the shutter at just the moment you did, from adding a title to your image that sheds some light on what was happening to writing some background for the image that you are sharing. Many times I find that I have stopped to look longer at an image because of the caption or story the photographer added. It helps me see something in the image that I didn’t notice at first glance.

But, other times I enjoy looking at an image & imagining my own story line behind it. When we are interpreting an image we all bring our own experiences and perspectives to the table. While I do believe that the perfect caption or story can enhance the viewing of an image I often struggle to come up with them myself. It can be hard for me to write short snappy captions for images on Instagram or tweet in 140 characters the reason why I was inspired to click the shutter button and take an image. Which is why I have been pushing myself to improve my storytelling using just the images, to save myself from the creative writing part. And that brings us to 3 ways to tell your story with photos instead of words. 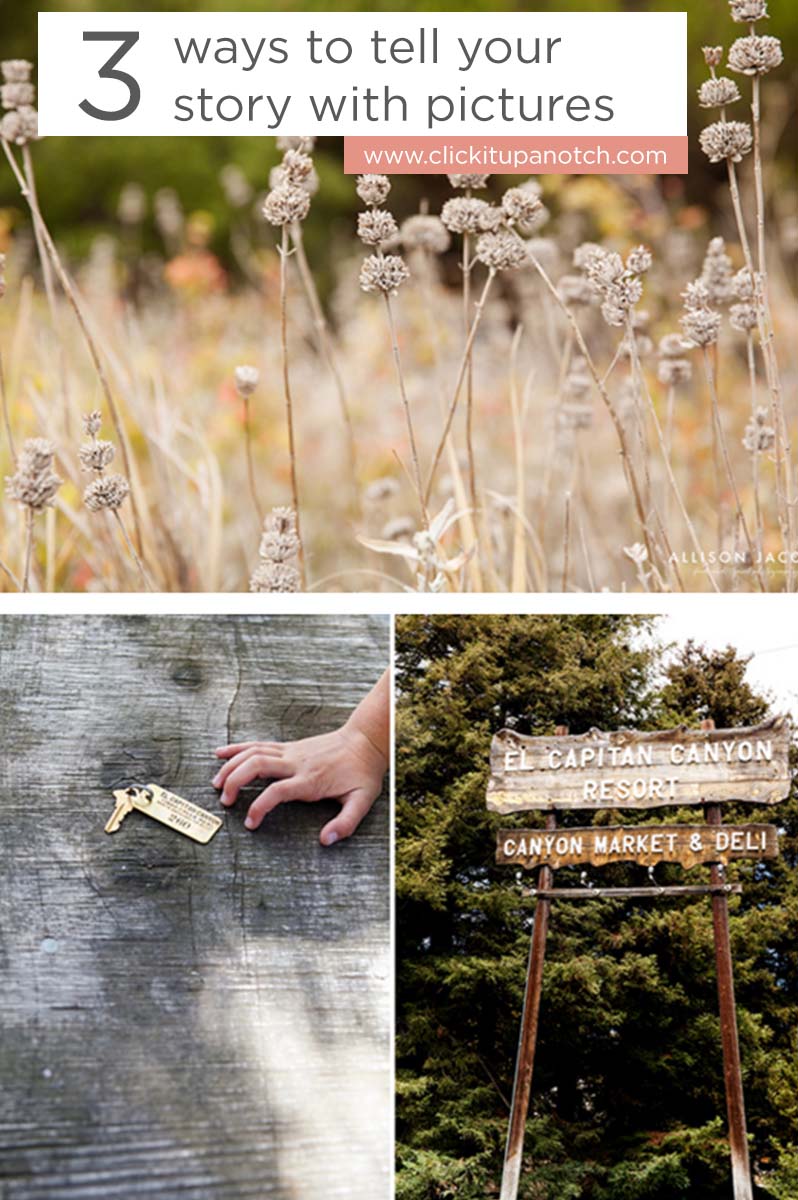 My goal when shooting this type of family outing (and it would work with lifestyle family sessions too) is to think about getting the images I need to tell the story from beginning to end. I try to get the location, the details, and the characters in my images just like I would need if I was writing about it. Then I keep these things in mind when I am culling, editing, and planning my blog post. Did I include the setting? Are there details that are unique to the location? Did I get some images that show the moments of the day or the characteristics of the place?

I am a photographer with the goal of capturing the places, people, and things I love with my camera. I shoot with Canon, drink coffee every morning and an obsessed with photography. I am a food lover, runner, and reader but not always in that order. Website | Instagram