Letters to Our Children – October 2013
Lifestyle

I love writing these letters to my girls. The thought of them looking back on these one day and hopefully taking some of it to heart warms my heart. Follow through the circle to read the other letters and see their images. Check out the letter from MaryJane from the Photog Mommie next. 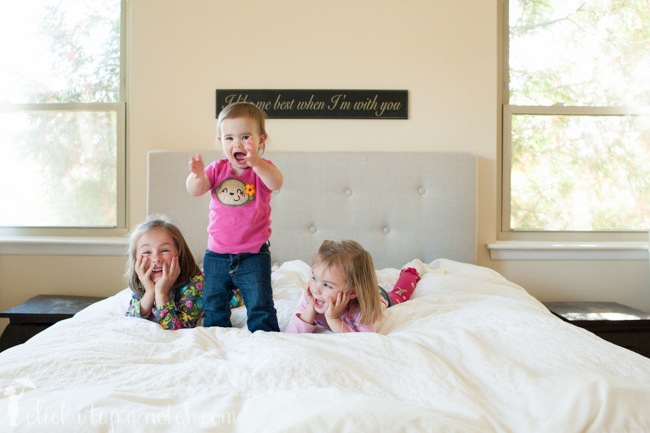 There are a lot of negative and angry people who want to bring you down. You will eventually learn the saying “Misery loves company”. The key is learning to smile, wave and move on from these people without letting them steal a piece of your joy.

I recently read a post about the The Law of the Garbage Truck. It is spot on! Basically, it is saying that some people carry a lot of garbage around and are looking for people to dump it on. Instead of getting angry and continuing the cycle of looking for someone to now dump your garbage on, smile, wave and move on.

For example, there are a lot of people who want to dump their garbage on you when driving. I know I get honked at A LOT. It’s not because I’m a bad driver or doing anything wrong, instead people don’t think I’m driving fast enough or moving fast enough for them. Don’t let it bother you. Smile, wave and move on.

What is the point of throwing your hands in the air and yelling at them as they drive by? Is it going to change the way they drive? Will it make them come to their senses and realize they shouldn’t have honked at you? No. I promise you it’s not. It is only going to make you angry as well.

Don’t let other people bring you down. Smile, wave, and move on. Seriously.

You will be a lot happier if you focus on the positive.

Maybe the reason that person is honking and in such a hurry is because they are on their way to the hospital because a loved one is hurt or sick.

Maybe they just got fired from their job.

Maybe they received some terrible news and don’t know how to handle it.

You don’t know their story.

The three of you are full of so much joy and happiness. Don’t allow anyone, and I mean anyone take that from you!

Just smile, wave, and move on.