Home » Lifestyle » The Everyday: Photographing Your Own Kids

The Everyday: Photographing Your Own Kids
Lifestyle 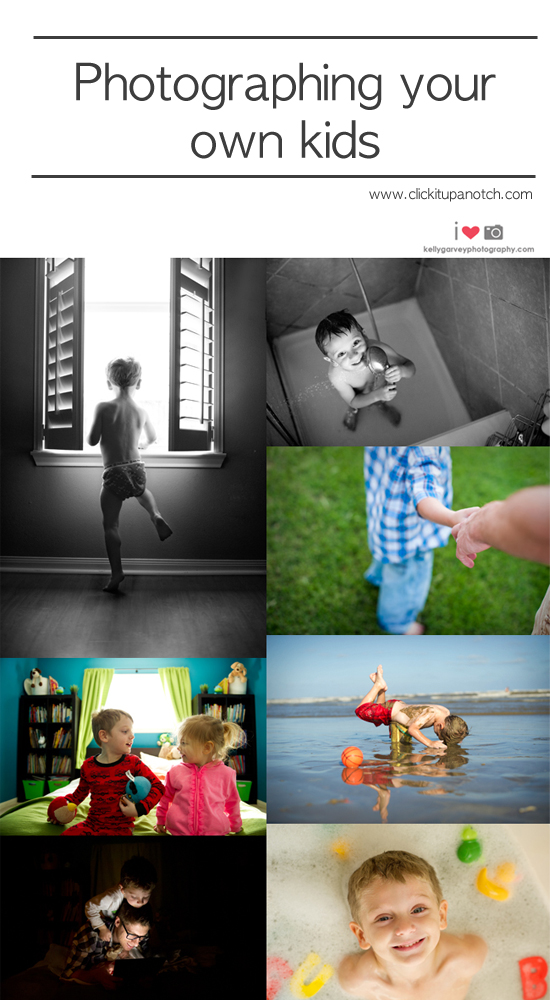 Any of you have one of those kids who is impossibly frustratingly hard to photograph? (Me!) I always get jealous of the people who seem to have kids who are super easy & are perfect participators, but I guess you never really know what goes on to get certain shots unless you are there with them. They might have had to work hard for their shots…who knows. 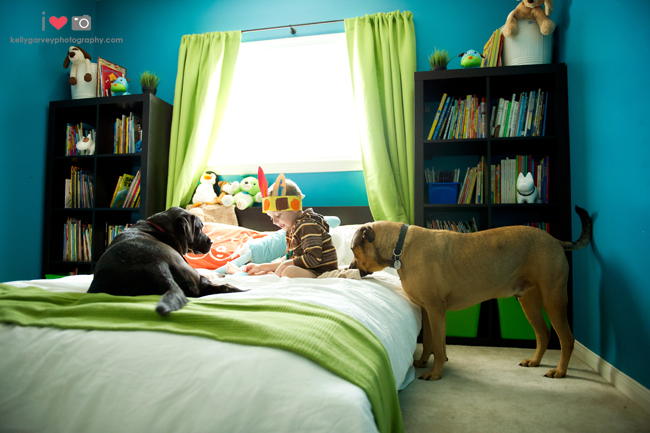 Let me paint a picture of how picture taking with my son used to go down (something like this)…I get the camera out. Garrett says, “Mom, put the camera away.” I say “Come on, just a few…I’ll give you a marshmallow!” And he gives me this smile (while saying “Are we done yet?” over & over at least every two seconds)! 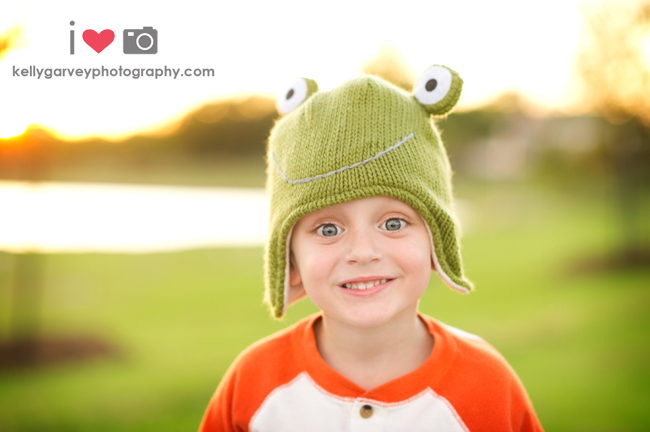 Not exactly what I was going for!

Taking my Garrett’s picture has always been a struggle, a battle of wills. It was something I wanted to do so badly but wasn’t going to be successful at because I was always pushing my boundaries & not going about it the right way. It’s funny, at sessions I am so patient with other kids regardless of how easy or how hard they are, but I get impatient with my own child. I think it is because deep down I just want good pictures of him that I’m more on edge & don’t always handle him the right way. 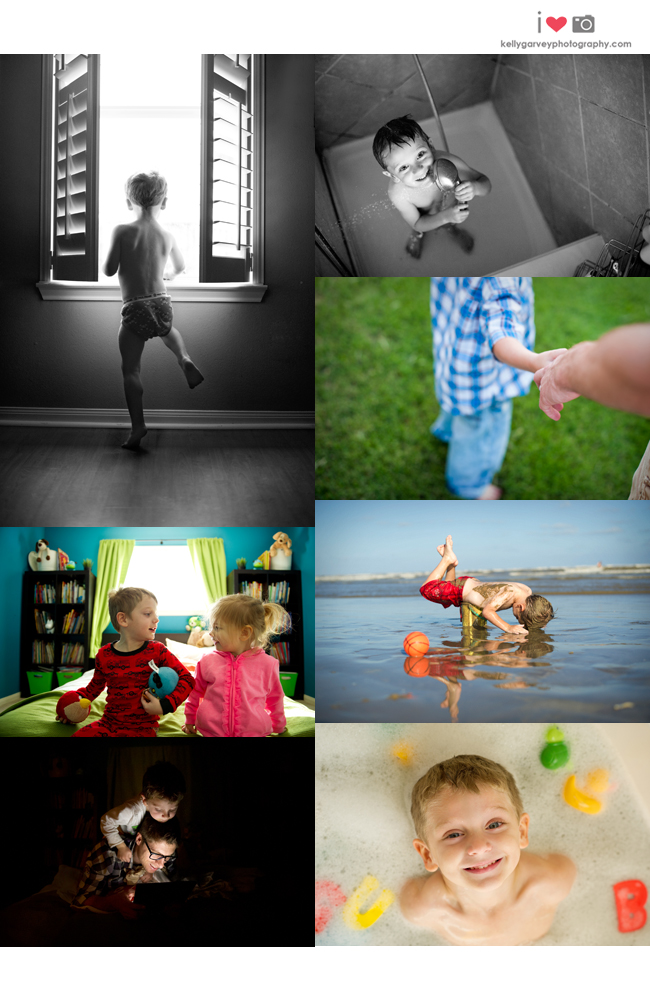 Being a part of the CM Daily Blog has helped me to put into practice what I already knew but was too hassled, hurried & impatient to do. It really does help to make yourself shoot everyday or as much as possible.

Garrett doesn’t seem to hate the camera anymore. He doesn’t necessarily ask me to put it away or even notice it’s out now. I will include some pictures I have taken lately for the CM Pro Daily Blog. It’s not that they are exceptional pictures but if you knew my kid then you’d know why I am celebrating…he’s been a tough nut to crack!

1. Keep the camera handy. With a charged battery & a card already in it. Keep it close by so that it’s easy to grab when you catch something cute happening right in the moment. The “old” me would have said “Stay right there, I will be right back!” (I would pretty much ruin the moment with that one!). I use the D3S which i love for low light situations. I have grown to LOVE the 35mm 1.4G for lifestyle work. 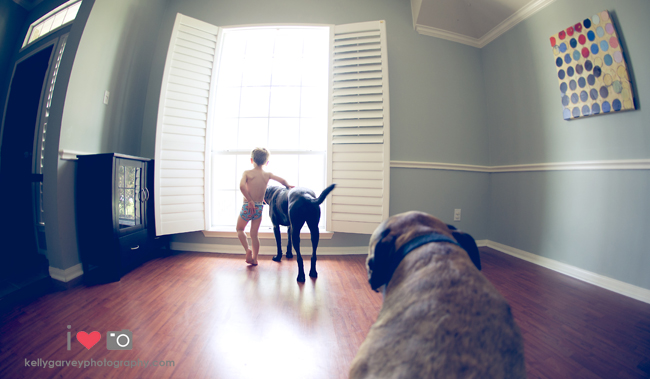 2. Premeditate. Set the stage. If there’s a certain picture you know you want…make it happen without them knowing you are making it happen (got to use reverse psychology sometimes for the tough ones!) 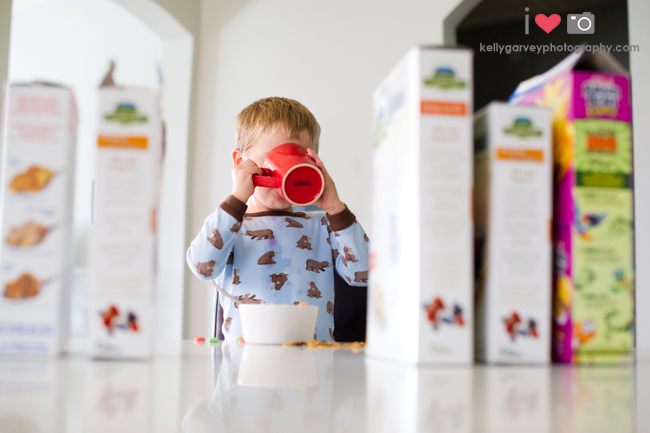 Ex: If you know you want to get a picture while baking, find the good light & clear the space beforehand. Get out everything you need & “set the stage” so that they become active participants on their own instead of you having to ask them (it works better when it’s their own idea!). 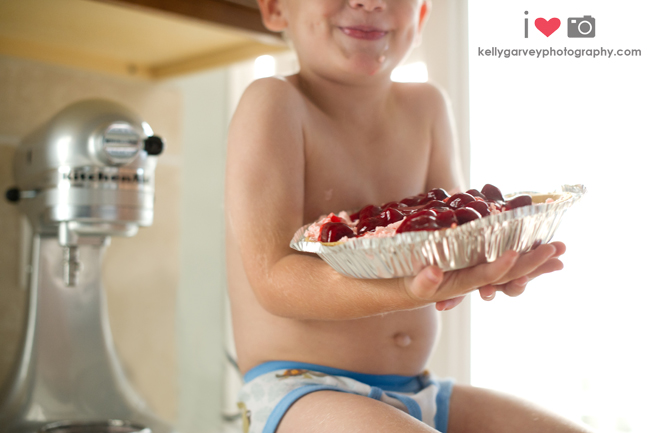 If there’s something they like to do (like watch for daddy through the window), have them do it on their own without even realizing they are having their picture taken…be discreet!

Sometimes I will set out books or paint or whatever “new” activity that will spark an interest during naptime & put the “stage” exactly where I want it, in the light that I want it in. When he wakes up, he is automatically drawn to it because it’s a novelty (not because I have told him I want to take his picture). 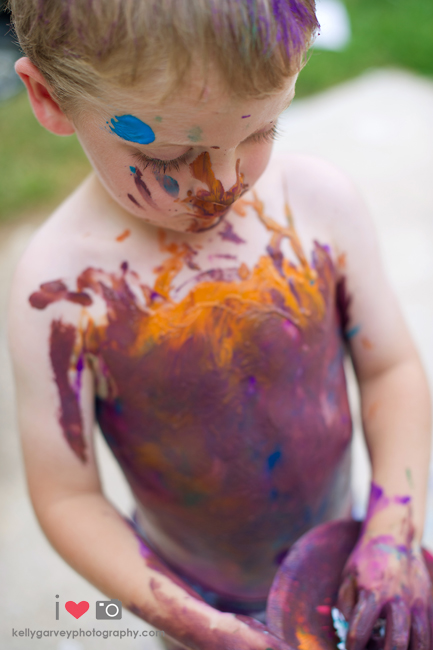 My favorite kind of pictures are the candid, caught-in-the-moment ones that look 100% spontaneous! The truth is that sometimes those spontaneous, photojournalistic ones had some premeditation to them in order for them to be successful (spaces cleared a head of time, ideas generated in your head beforehand, and/or subject led to the “right” spot then freed to just be themselves!)

If you are out & about, carry a purse/camera bag so you have the option of having it with you. Some people say they always leave the lens cap off & their camera ON for faster snapping! (It goes to sleep after a while but “wakes up” when the shutter is pressed).

3. Give them a break. If it’s not working. Don’t push it like I used to. That just creates animosity toward the thing you loooove (taking pictures) by the person you love (your kid). 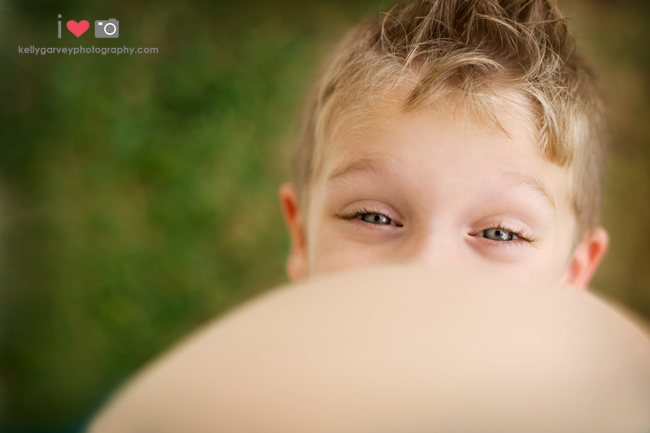 4. Take them out of the spotlight & put the attention on someone or something else for a second. Photograph the dog or whatever else you have available. Sometimes  they will actually WANT the camera back on them because it’s instant attention! I think this may be called manipulation? But oh well, it works on my kid sometimes.

5. Put the camera down for a second to be silly. Tickle, giggle, tell a joke, act goofy in whatever way your kid likes & then pick up the camera to catch their emotion.

6. When all else fails, bribery works sometimes. I say this with hesitation. I am still trying to get over my old ways where Garrett got a marshmallow for being good in pictures. He still asks me if he can get something if he’s good sometimes. All that ever got me were those pre-fabricated fake smiles so I never liked the pictures any way. For some kids it works, but for mine, I have to really need that picture in order to do this one anymore. But occasionally (so that he knows I appreciate him) I still give him something at the end. All kids are different though! This probably works wonders on most other types of kids. I know I have used a little bribery during sessions before ;) 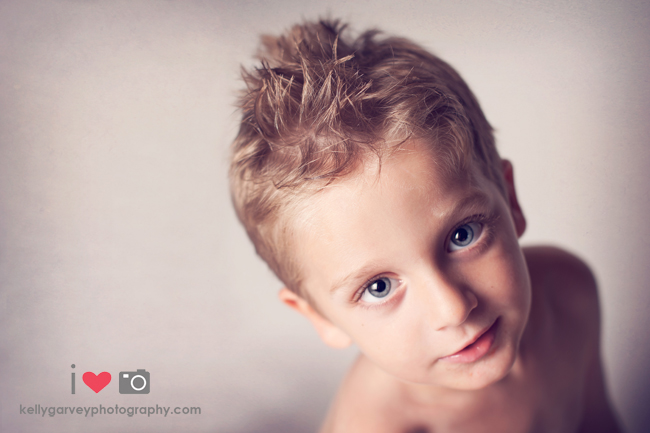 7. Obviously, all of these pointers work more for your own kids & not as much for photographing other children during sessions. During sessions, you don’t have all day to play with your subjects & “catch them in the moment” when they happen to do something cute (because you happened to have your camera handy).  But you can still set the stage to set the session up for success (with some modifications to all the ideas listed above).

By calling the parent (or corresponding in some way) before the session you can find out what they like & then cater to it. You can find out their interests & surprise them with something they’d like so that you build a rapport & help them to have fun. By getting to know what they like, you can think about meaningful images you could capture that are relevant to their life even though you are more on a time crunch than you are with your own child! The neat thing is that not only do you document a time in their life relevant to them, but you can get some of those “caught-in-the-moment” photojournalistic pictures that are special to the parents. 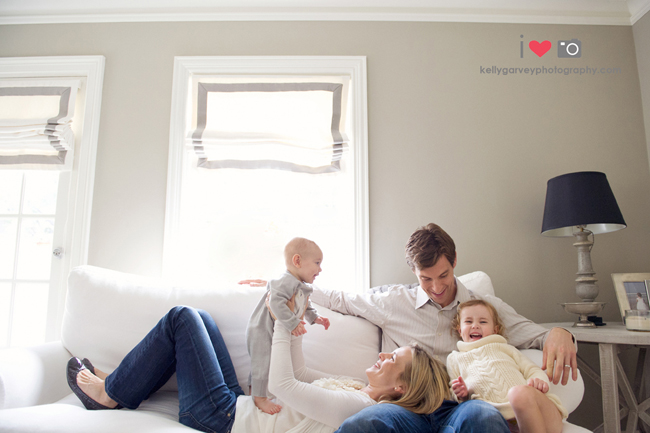 Pick the times when your kid is in such a great mood that you can take the more deliberate “portraits” without pushing their buttons. Leave them alone the other times & just watch as everything unfolds on its own….then snap!

This new found excitement on photographing my own kid is such a great feeling! There once was a time where I got so frustrated I thought I’d just give up & hire another photographer for all of his pictures because “I liked photographing other people’s kids better” & “It was just not that fun to take his picture.” Sad! I would’ve missed so many memories! Don’t get me wrong, he is still & always will be a tough nut to crack, but I love that we are making steps in the right direction, that we both have fun with it now & that I have some pictures of him that make me smile. 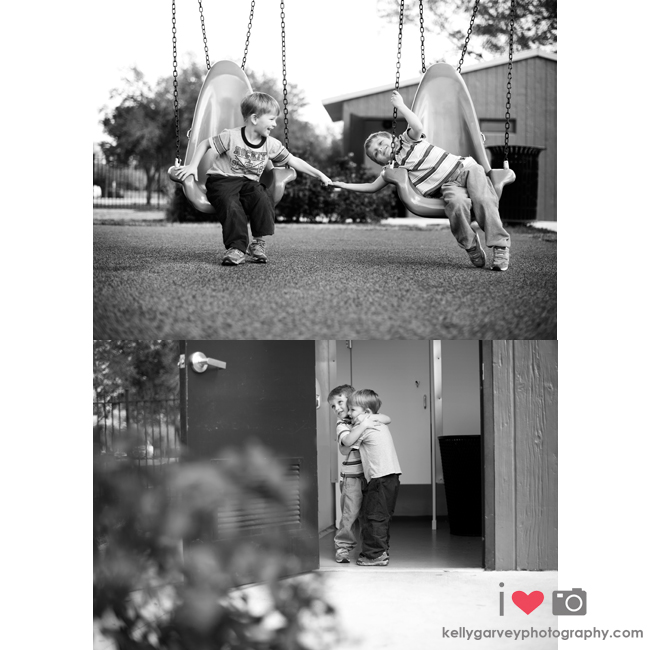 Originally I wrote the article for Clickin’ Moms but then I found out there was a thread that was very similar to this written by Lacey Meyers. I had no idea! I decided to save this for Click It Up A Notch since they already had access to Lacey’s thread over at CM. For all of you members, here’s the link to her thread  if you want to check it out – click here. 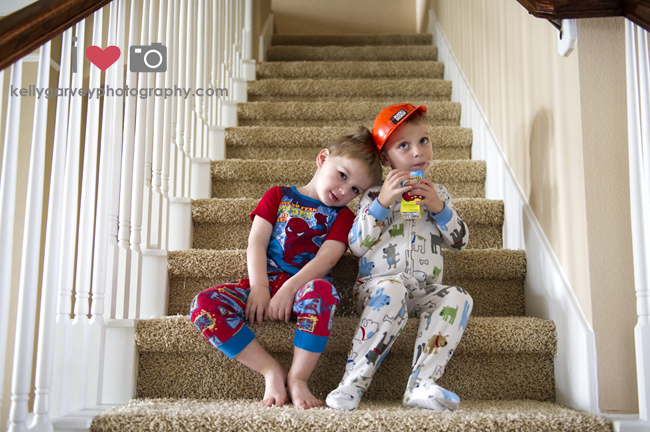 Here are some tips I’ve tried to get smiles out of him when all else fails:
-squeaky chicken (dog toy)
-duster (mine was from Ikea but you can get them anywhere!)
-any noise makers

Thanks for reading! If you have other tips for photographing your own kids, do share!