Home » Light » How to Embrace Shooting in Hard Light

How to Embrace Shooting in Hard Light
Light

Hard light used to be the bane of my existence. I hated it. Avoided it like the plague. I preferred the beautiful light of the golden hour, or the safe shelter of open shade. They were my warm blanket. My perfect cup of tea. The softness of the light and the colors made me happy every. single. time.

But, let’s be honest here. You can’t avoid shooting in harsh light, it’s impossible. There are times when you just have to pick up your camera and shoot what’s in front of you… even if the light isn’t perfect. 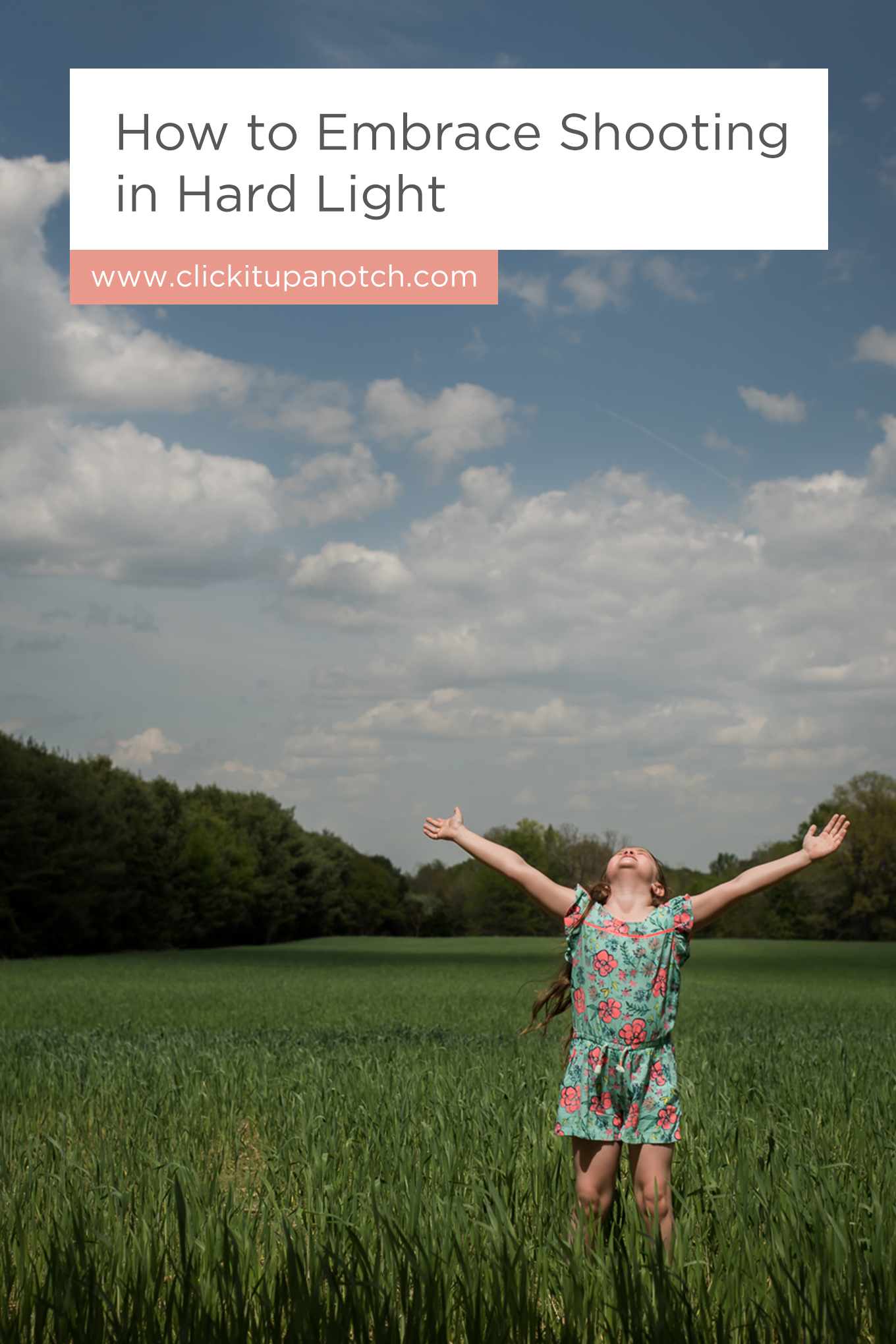 This past year, I found myself shooting more and more in hard light. Did I want to always do that? No. I did not. It was unavoidable though. With the birth of our son in 2016, it changed how I shoot and (even more importantly) when I shoot. I no longer had the flexibility to go out at the perfect time each day. When we took day trips, we’d find ourselves out and about in the midday hours. Not the most ideal of times. So, I had to learn to adapt my shooting and step out of my comfort zone.

And because I am a total sharer, I’m going to share with you some tips that I use for shooting in light that is less than perfect.

Well, that’s it! These are just four things you can do to get started shooting in the harshest of light. For me, it was a lot of trial and error, so don’t be discouraged if your first attempts aren’t what you want them to be. See what works. See what doesn’t work… but, most of all, have fun! You’ll be surprised what can happen when you step out of your comfort zone!

– The Magic of Light and Shadows

– How Dramatic Natural Light Can Inspire Your Photography

Jennifer Nobriga is natural-light, hobbyist photographer living in the suburbs of Virginia with her husband and three kids. She’s been featured in Click Magazine and Photography Monthly UK edition, as well as several online publications. Website | Instagram

Learn the EXACT techniques that I use everyday to photograph my kids. Stop feeling frustrated with your DSLR. Let me help you with this FREE webclass.

Yes, I want this!
5 Comments